1 Peter : Chapter 3
5)  For this is the way the holy women of the past who put their hope in God used to adorn themselves. They submitted themselves to their own husbands, 6)  like Sarah, who obeyed Abraham and called him her lord. You are her daughters if you do what is right and do not give way to fear. 7)  Husbands, in the same way be considerate as you live with your wives, and treat them with respect as the weaker partner and as heirs with you of the gracious gift of life, so that nothing will hinder your prayers. Suffering for Doing Good 8)  Finally, all of you, be like-minded, be sympathetic, love one another, be compassionate and humble. 9)  Do not repay evil with evil or insult with insult. On the contrary, repay evil with blessing, because to this you were called so that you may inherit a blessing. 10)  For, “Whoever would love life and see good days must keep their tongue from evil and their lips from deceitful speech. 11)  They must turn from evil and do good; they must seek peace and pursue it. 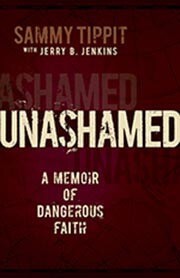 Family Life – 6
Sammy Tippit: We’ve been talking about the husband-and-wife relationship and how important communication is. God shows and demonstrates his love for us. He communicated that love through sending Jesus to come to this earth, live, and show us that great and mighty love. So communication is at the very center and the key of God’s love for us.